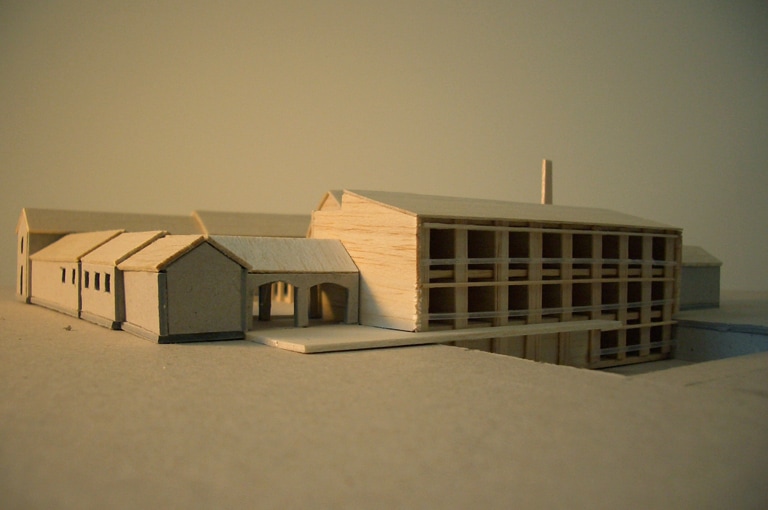 A mix of the old and the new…

In 2010 the Community moved from Burford Priory in Oxfordshire to a new site near Worcester. Our new home is a mix of the old and the new, incorporating nineteenth-century farm buildings within a purpose-built, sustainable and contemporary monastery.

The site on which the monastery stands has been occupied for over a thousand years. In 1066 it formed part of the estates belonging to the Bishop of Worcester and the rents of Mucknell were assigned especially to the support of monks from the Cathedral monastery. It can be found in the Doomsday Book under the name Mucenhil, when it was home to seven smallholders, seven villagers and seven slaves.

There are three possible derivations for the name Mucknell (variations included Mucheulla, Mokenhulle and Muckenhill): a large hill, pigs hill or Muca’s hill, Muca being an Anglo-Saxon personal name.

Parts of a cruck frame dating to 1439 were found when the old farmhouse was demolished and the distinctive shape of the nails provided the inspiration for the community’s new cruciform emblem. A Middle Age method of ploughing known as ridge and furrow has also been preserved in the undulating meadow on the north side of the grounds.

As an unimportant, outlying farmstead there are only a few scattered references to it throughout the intervening centuries.

Interesting from a monastic point of view is the complaint brought against the last Abbot of Pershore in 1533 by the tenants of Stoulton that he had driven their cattle form the heaths of Mucknell.

The existing farm buildings, which form three sides of the courtyard, date from the mid-nineteenth century. These were the cow shed, threshing barn, milking parlour and dairy which were listed as some of the assets in a catalogue of 1917 when it was sold as part of the Stoulton Estate of Lord Somers, whose family acquired it during the Civil War. At the time ‘Muckenhill’, as it was still called, amounted to 198 acres. Today we manage just under a quarter of that land.

'Simple, sustainable, wheelchair accessible and easy to maintain. That's what we wanted'

In 2008 the Community bought the then derelict Mucknell Farm estate, with its fantastic views and terrific winds. Although the option of building from scratch on brownfield land had been explored, no suitable site had been found. Turning this old farm into a monastery was still a major undertaking. The old farmhouse was demolished, the outbuildings were converted, and a new community wing and oratory were built. Still restrained by planning regulations, and forced to dig down rather than build up, this involved shifting no less than 97,000 cubic metres of clay!

Where possible building materials were recycled and locally sourced. The breeze blocks are made of re-constituted ash, the floor tiles a compound of car tyres, milk bottles and aggregate. Bricks for the new buildings came from the same local brickworks that had been used for the old farm.

Other sustainable features include rainwater harvesting to flush toilets; a bio-digester and reed beds in place of mains sewage; solar panels and a biomass boiler that feeds on woodchips.

The new monastery was designed by architects Acanthus Clews of Banbury. In 2011 the project won the EASA President’s Award.

The distinctive curved sculptural form of the Oratory stemmed from the desire to define its particular significance within the monastery complex, while ensuring its presence within the courtyard was not overbearing...