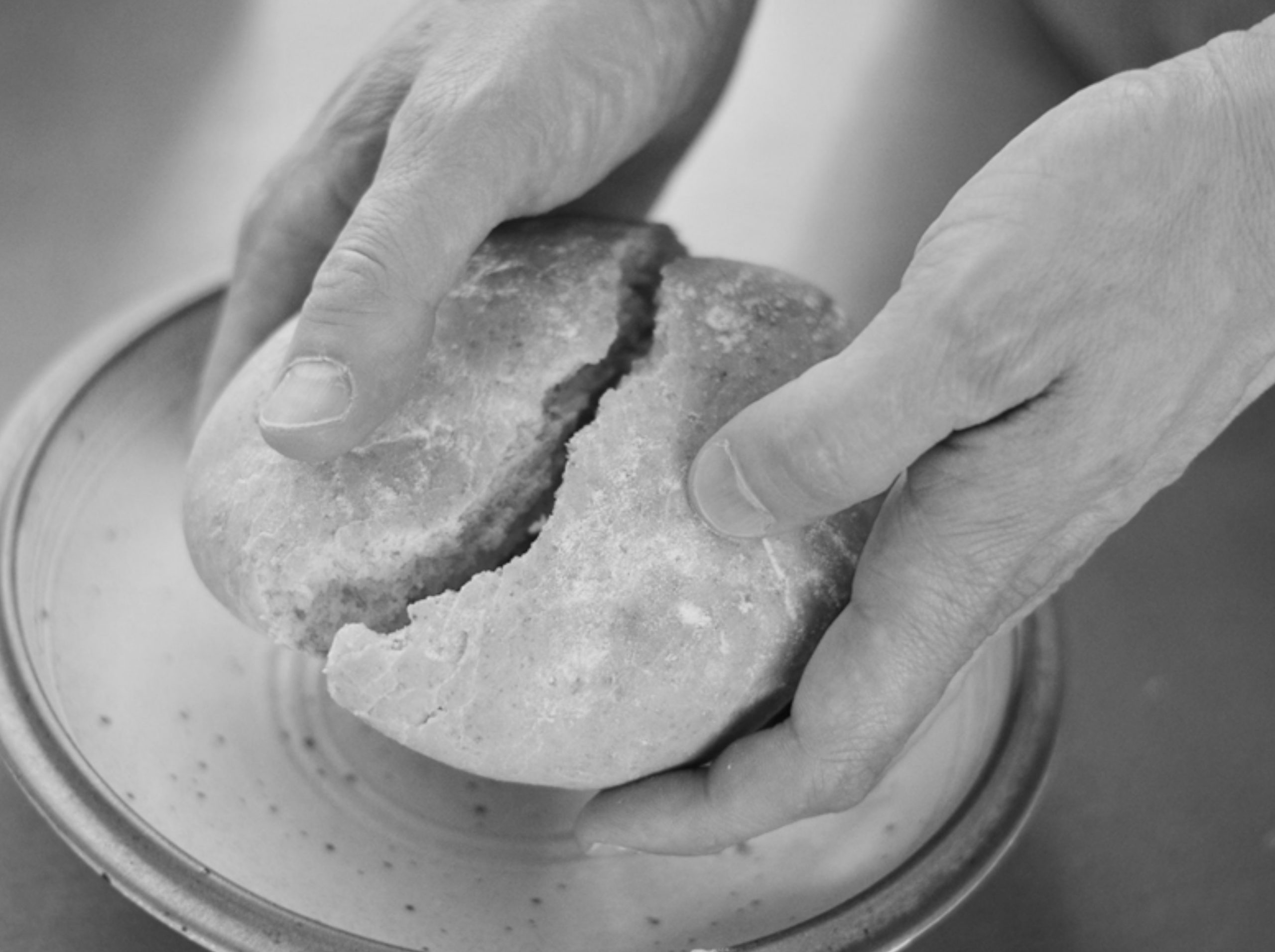 28 Apr Stations of the Resurrection No.5

Posted at 13:55h in Poetry, Prayer and Meditations by Br Jonathan

The road to Emmaus

Luke 24: 28-35
As they came near the village to which they were going, he walked ahead as if he were going on. But they urged him strongly, saying, ‘Stay with us, because it is almost evening and the day is now nearly over.’ So he went in to stay with them. When he was at the table with them, he took bread, blessed and broke it, and gave it to them. Then their eyes were opened, and they recognized him; and he vanished from their sight. They said to each other, ‘Were not our hearts burning within us while he was talking to us on the road, while he was opening the scriptures to us?’ That same hour they got up and returned to Jerusalem; and they found the eleven and their companions gathered together. They were saying, ‘The Lord has risen indeed, and he has appeared to Simon!’ Then they told what had happened on the road, and how he had been made known to them in the breaking of the bread.

All of us are called by God. Everyone has a vocation. Many people spend a lot of time, energy and prayer trying to discern what that call might be. We can get so focussed on trying to see where God might be leading us, that we miss what God is doing right under our noses. We have our eyes on a distant horizon, when Jesus is right next to us now, inviting us into this moment.

Receiving a vocation from God is not the first thing we should look for. Discovering our vocation may be the most crucial thing we ever do in our lives but it is not the first step on the path. Before any of us can hear God calling, or see where God is at work so that we can join in, we have to be able to recognize God and the things of God. We, like the disciples on the road to Emmaus, have to begin to live the kind of life that becomes open to hearing and seeing God. If life is crammed full of distractions, we are not going to notice God right there next to us, right now!

Look at those disciples on the Emmaus road. They had lots of very understandable things to occupy their thoughts. It is when they stopped that they allowed Jesus to be. Just that. When they paused for long enough to let Jesus be who he is, they then had the space to respond to him – to follow his call.

It is not instant. First, they literally stopped on the road. They began to tell the “stranger” all that was on their hearts. Then they began to listen to what he had to say. When they reached their destination, they invited him to share their home. Here, as bread broke, the light dawned, revelation happened and they knew what they had to do (in this case, run all the way back to Jerusalem to tell everyone what they had seen, heard and realised).

It only takes a moment to stop. It can take a lot longer to pour out our hearts to the Lord. It can take lots of practice to learn to listen for his voice – his guidance, rather than literally voices from heaven! There will not be mega-messages from heaven every morning when we say our prayers. But each time we stop and open up our lives to the Risen One, he draws close and reveals a little more of who he is, which frames and shapes who (and how) we are – and this makes a difference in the world.

There is a story told of refugee children after the Second World War who could not sleep because of the traumas they had witnessed and the way their young lives had been dislocated. When they were given a piece of bread, some children slept soundly clutching hold of it. The bread gave them security. They knew they would eat tomorrow if they had bread to hold. Having bread to hold is one thing. If we can reach a point where we can break that bread and share it, our security rests in a wholly different and ultimately more dependable and enduring place.

Breaking bread and sharing it, whatever shape that bread takes (our time, our resources, our fears, our joys) is to become Christ-like. Whenever someone takes what they have and risks giving it away, risks handing a part of themselves to another human being, then bonds of divine love are forged, for God is Love and those who live in love, live in God and God lives in them. (John 4: 16). It can be the tiniest crumb!