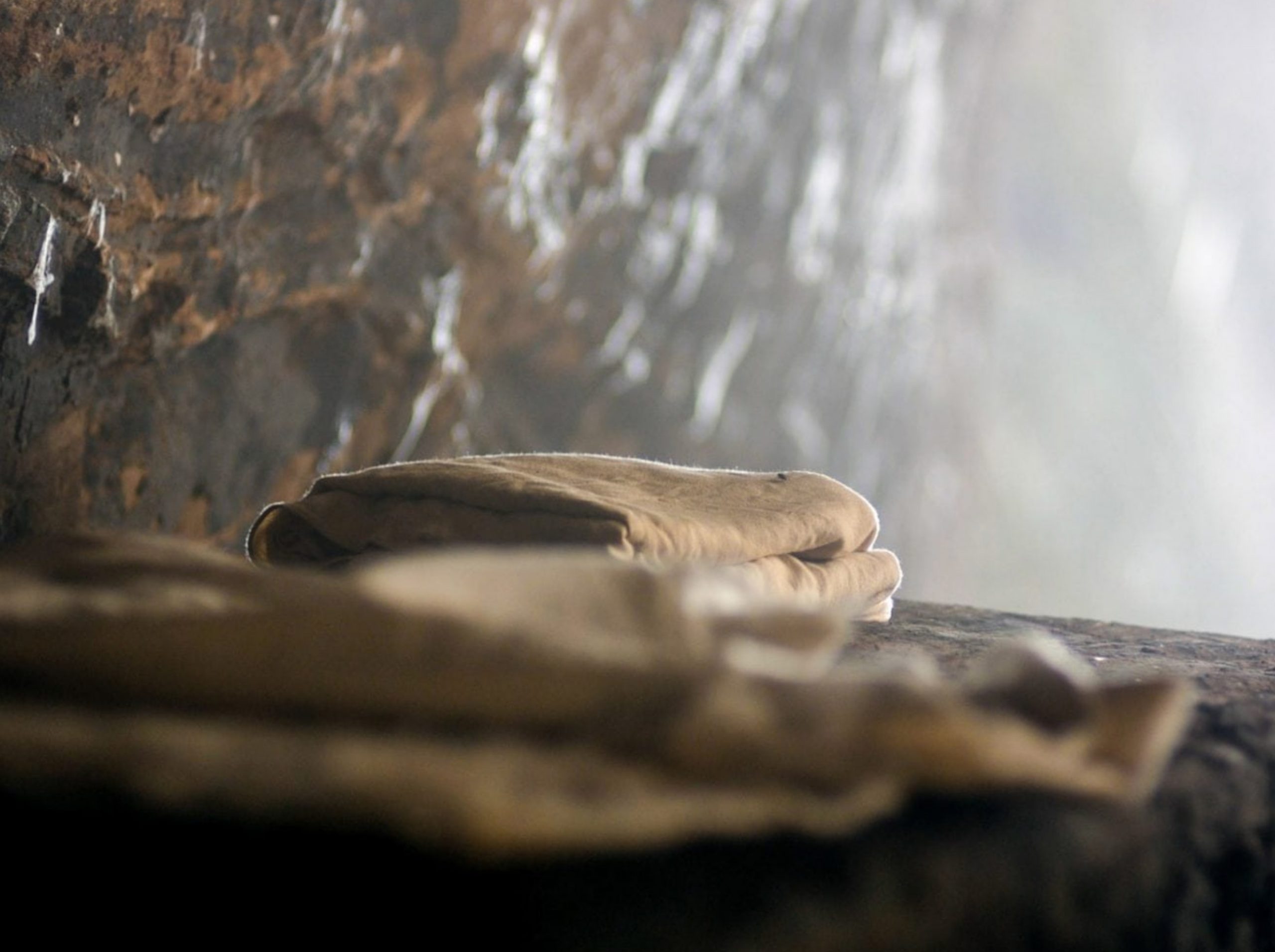 14 Apr Stations of the Resurrection No.2

Posted at 09:04h in Poetry, Prayer and Meditations by Br Jonathan

Mark 16: 1-6
When the sabbath was over, Mary Magdalene, and Mary the mother of James, and Salome bought spices, so that they might go and anoint him. And very early on the first day of the week, when the sun had risen, they went to the tomb. They had been saying to one another, ‘Who will roll away the stone for us from the entrance to the tomb?’ When they looked up, they saw that the stone, which was very large, had already been rolled back. As they entered the tomb, they saw a young man, dressed in a white robe, sitting on the right side; and they were alarmed. But he said to them, ‘Do not be alarmed; you are looking for Jesus of Nazareth, who was crucified. He has been raised; he is not here.

Dare to peer inside.
It is black. Shadow hides the contents.
No one likes to step where they cannot see. A dark street late at night; even in daylight, somewhere unfamiliar can be daunting.

There are many places we cannot see clearly. There are many times when we don’t want to go there.
When we are set a task we have never done before. Starting a new Job; moving to a new town; meeting new people. Facing uncertainty.
There are places inside us we would rather not go.
Memories, painful, sad, that we’d rather forget.
Shameful attitudes.
Reactions that just appear out of nowhere…out of the darkness and an obscurity that we hide even from ourselves.

But Christ has been there.
Step towards the dark. Whatever it is. However fearful.
Step inside. Try not to be afraid.
Jesus has been there first. It is already hallowed ground.
His presence is not far away.
Look around for the signs that he has been here.
Seek his familiar patterns, the glimmers of the Gospel. Take time.

Wait there a moment. Listen for what the still, quiet dark can say.
A womb is a dark place that nurtures, and holds, and brings to birth.
Dark places, fearful places, in the hands of the creator God, become places of potential,
of change, of growth, of renewal,
of transforming power.
Pause for as long as you need. Let darkness be what it will.
If I say, ‘Surely the darkness shall cover me,
and the light around me become night’,
even the darkness is not dark to you;
the night is as bright as the day,
for darkness is as light to you. Psalm 139:12

Move gently on. You will know when it is time to go.
To leave darkness of the empty tomb means turning around and face the light.
Following where Jesus goes often asks us to turn.
Turn from. Turn towards. Turn up, Turn to.
Always turning his way.
Looking into the dark, with the light behind, only casts more shadows – our shadows.
Turning towards the light, the shadows are still real but they are no longer the only thing to be seen.
They loom a little less large.

When we are all despairing;
when the world is full of grief;
when we see no way ahead,
and hope has gone:

Because we’re coming with the women;
because we hope where hope is vain;
because you call us from the grave
and show the way: