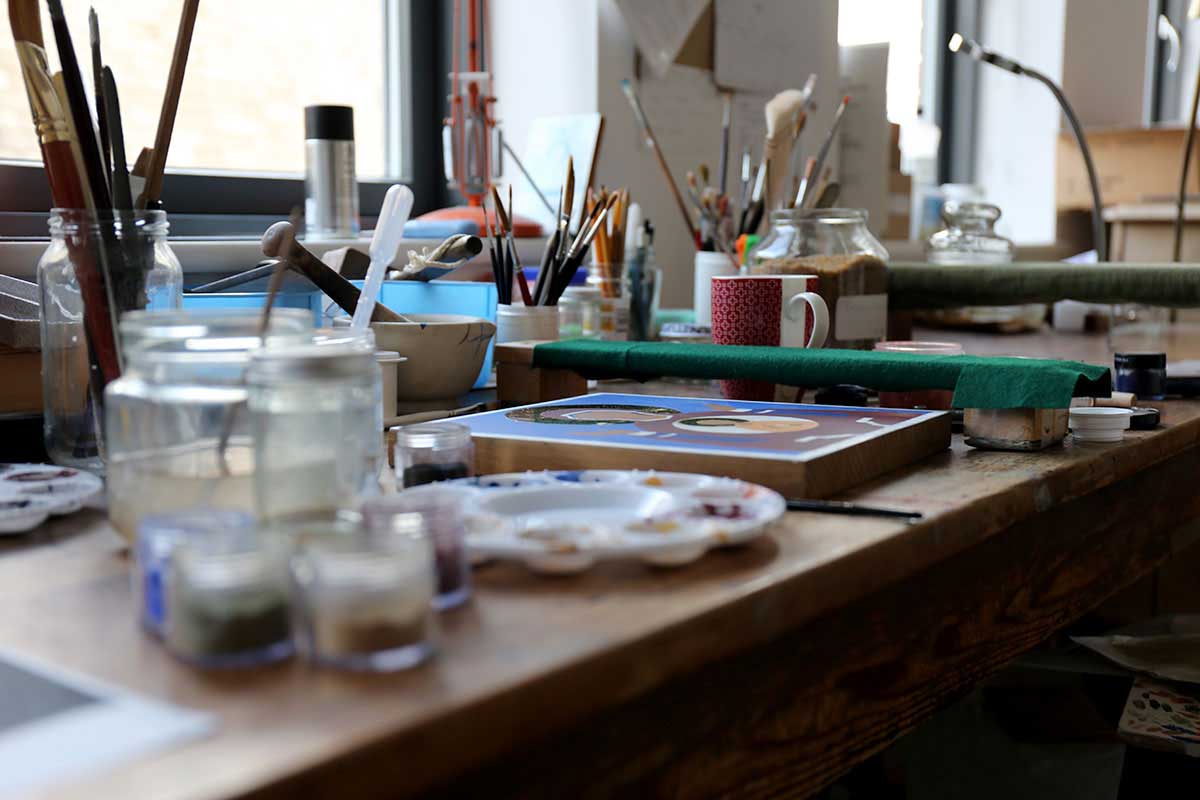 Icons are said to be a Sacred Art. By this, we mean that icons are not supposed to be admired for the sake of it, but have very much a liturgical function. As part of the liturgy, Icons are there to help us to draw closer to God.

Icon writing comes from the Greek word eikonographos (the Slavonic is ikonopisanie), although the Icon writer was given the name zopgraphos by the Second Council of Niceae. Zophraphos, often translated as ‘painter’, literally means a depicter of life or forms taken from life.

Hence the Iconographer, through prayer and by using elements of Creation (wood, egg, rabbit skin, pigments), has for their ultimate goal the transcendence of Creation by drawing us ever closer to the Creator.

The ancient and traditional process of writing (painting) an Icon is long and prayerful.

Traditionally, the subject of an icon is a scene/story from Holy Scripture or of a Saint. From the selection and sanding of the wooden panel; the laying down of the gesso (Plaster of Paris with rabbit glue); the application and burnishing of the fine gold leaf, and finally through the painting itself (using egg tempora, a mix of egg yolk and colour pigments), the writer will try to infuse their prayers into the icon. 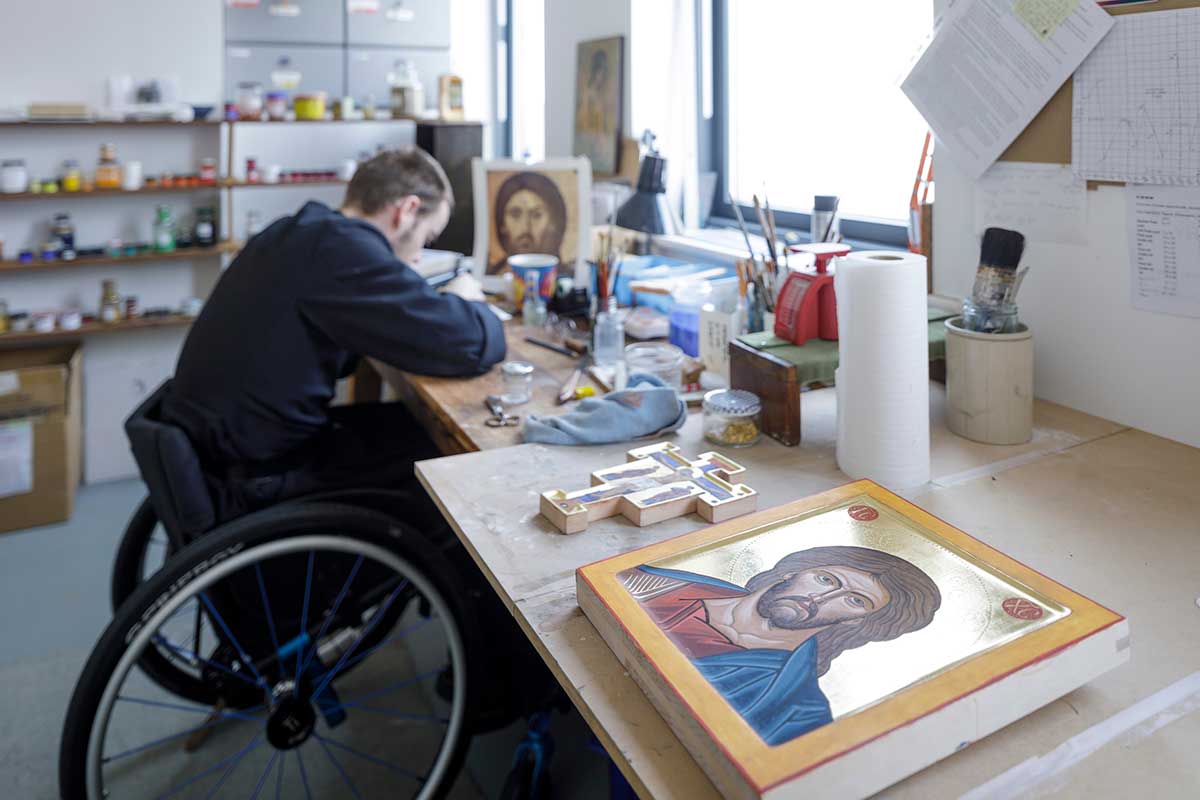 I have embarked on this adventure with the help of Br Philip and I now have the privilege of attending a three-year course led by the Iconographer Peter Murphy.

I have already completed a number of commissions. If after seeing my work and bearing in mind that I am a novice in this art, you would like to commission an Icon, then I will be happy to discuss this with you. Costs and other arrangements are decided on a case-by-case basis. I can be contacted either by post or at michael@mucknellabbey.org.uk