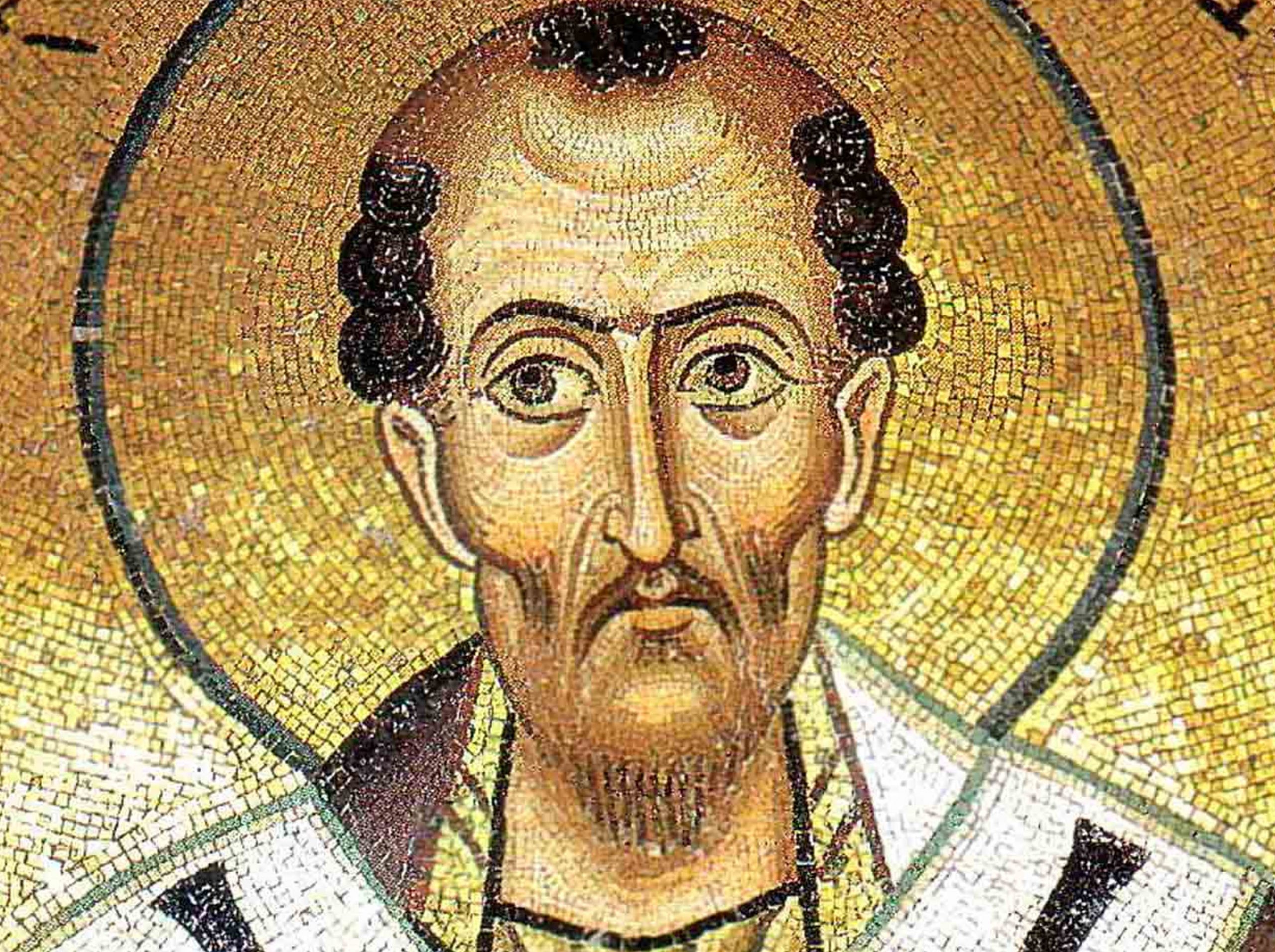 Posted at 09:16h in News, The Community by Br Jonathan

Sunday 5th – I thought I would share this extract from a homily on today’s gospel from John Chrysostom, which we heard at Office of Readings today. It’s a reminder that we don’t worship a God of (humanly conceived) power and might. God comes to us as one who serves, and calls us to do the same to those around us:

“In his constant concern for our salvation, he says explicitly in the gospel: Come, learn from me. The Master came to console his fallen servants. This is how Christ treats us. He shows pity when a sinner deserves punishment. When the race that angers him deserves to be annihilated, he addresses the guilty ones in the kindly words: Come, learn from me, for I am gentle and human in heart. God is humble, and we are proud! The judge is gentle; the criminal arrogant! The potter speaks in lowered voice; the clay discourses in the tones of a King! Come, learn from me, for I am gentle and humble in heart. Our Master carries a whip not to wound, but to heal us. Reflect upon his indescribable kindness. Who could fail to love a master who never strikes his servants? Who would not marvel at a judge who beseeches a condemned criminal?…I am the Creator and I love my work. I am the sculptor and I care for what I have made. If I thought of my dignity, I should not rescue fallen humankind. If I did not console it, it would die. This is why I apply the salve of kindness to it where it lies. Compassionately I bend down very low in order to raise it up. No one standing upright can lift a fallen man without putting a hand down to him.”

The other day Br Patrick came to me with an old three-volume New Testament whose leather was perishing. He was intending to put it in the bin but noticed that the inscription in the flyleaf read ‘Edith Alice Dodgson from H.H.D, Xmas 1904’ and wondered if there was any link with Charles Dodgson (a.k.a Lewis Carroll). It didn’t take long to confirm that Edith (1872-1950) was indeed the niece and god-daughter of Lewis Carroll, who is said to have taken a keen interest in her upbringing and education. She was the daughter of Carroll’s brother Wilfred, a land agent in Shropshire. After studying at Lady Margaret Hall, Oxford, she joined the Community of St Mary the Virgin at Wantage. She was professed there in 1909 and knew our Community when it was based at St Agnes House in Wantage. An entry in our logbook for 2 December 1944 records her visiting Erica Whiteley, the future Dame Hildegarde. ‘H.H.D’ was Carroll’s sister, Henrietta Harrington Dodgson (1843-1922), who lived in solitary eccentricity in Brighton, where neighbours apparently knew her as the ‘Cat Lady’. So the books has received a stay of execution, although we’re not sure what to do with them.

Yesterday I made another unusual find in the archives while cataloguing the Bursary papers: a Roman as. The envelope it was in indicates it was given to the Community by a Burford antique dealer, Roger Warner. It may have originally been discovered in the grounds of the Priory. On one side there is depiction of Romulus and Remus, the legendary founders of Rome, suckling a she-wolf, and on the reverse the hemelted head of Roma and the inscription ‘Urbs Roma’. I’ve found an almost identical one online which is dated from the reign of Constantine (306-337AD), although ours was minted in Rome. I find it amazing that this was in circulation 1700 years ago, and wonder whose hands it passed through. I get a similar feeling whenever I’ve handled letters written by famous people. Time is suddenly telescoped, as Alice would say.

You sought to start a simple school of prayer,
A modest, gentle, moderate attempt,
With nothing made too harsh or hard to bear,
No treating or retreating with contempt,
A little rule, a small obedience
That sets aside, and tills the chosen ground,
Fruitful humility, chosen innocence,
A binding by which freedom might be found

You call us all to live, and see good days,
Centre in Christ and enter in his peace,
To seek his Way amidst our many ways,
Find blessedness in blessing, peace in praise,
To clear and keep for Love a sacred space
That we might be beginners in God’s grace.

And here is the homily which Abbot Thomas gave at the Eucharist today.

Tuesday 14th – There has been a steady rise in the number of real and virtual appointments here in recent weeks. Last Sunday Br Philip participated in a session of General Synod, where he represents the Religious Life, from his cell. He said afterwards that it was an arrangement fraught with potential embarrassments as people suddenly appeared on screen without warning. Meanwhile Br Ian has delivered a daily reflection on behalf of Winchester Cathedral (see below). He had been due to visit in person, where the Bishop, Dean and Canon Precentor can all count themselves friends of the Community.

If you’re interested in knowing more about your family history but don’t have the time or the know-how I am offering to carry out research. I’ve been an amateur genealogist for over twenty years, and recently branched out into the use of DNA testing, which has enabled me to identify my biological grandfather. I also have two degrees in History, and since arriving at Mucknell have been piecing together the life histories of our former Sisters.

As any family history project is potentially unending, I can work either to a particular objective or by the hour. Any payment is voluntary and by donation, although I will have to pass on the cost of ordering any necessary documents. And if for whatever reason I can’t help you I will at least be able to point you in the right direction.