Easter in a time of Coronavirus - Mucknell Abbey
10264
post-template-default,single,single-post,postid-10264,single-format-standard,theme-bridge,bridge-core-2.8.2,has-dashicons,woocommerce-no-js,qode-page-transition-enabled,ajax_fade,page_not_loaded,,qode-title-hidden,qode_grid_1200,qode-content-sidebar-responsive,columns-3,qode-theme-ver-28.0,qode-theme-bridge,qode_header_in_grid,wpb-js-composer js-comp-ver-6.7.0,vc_responsive 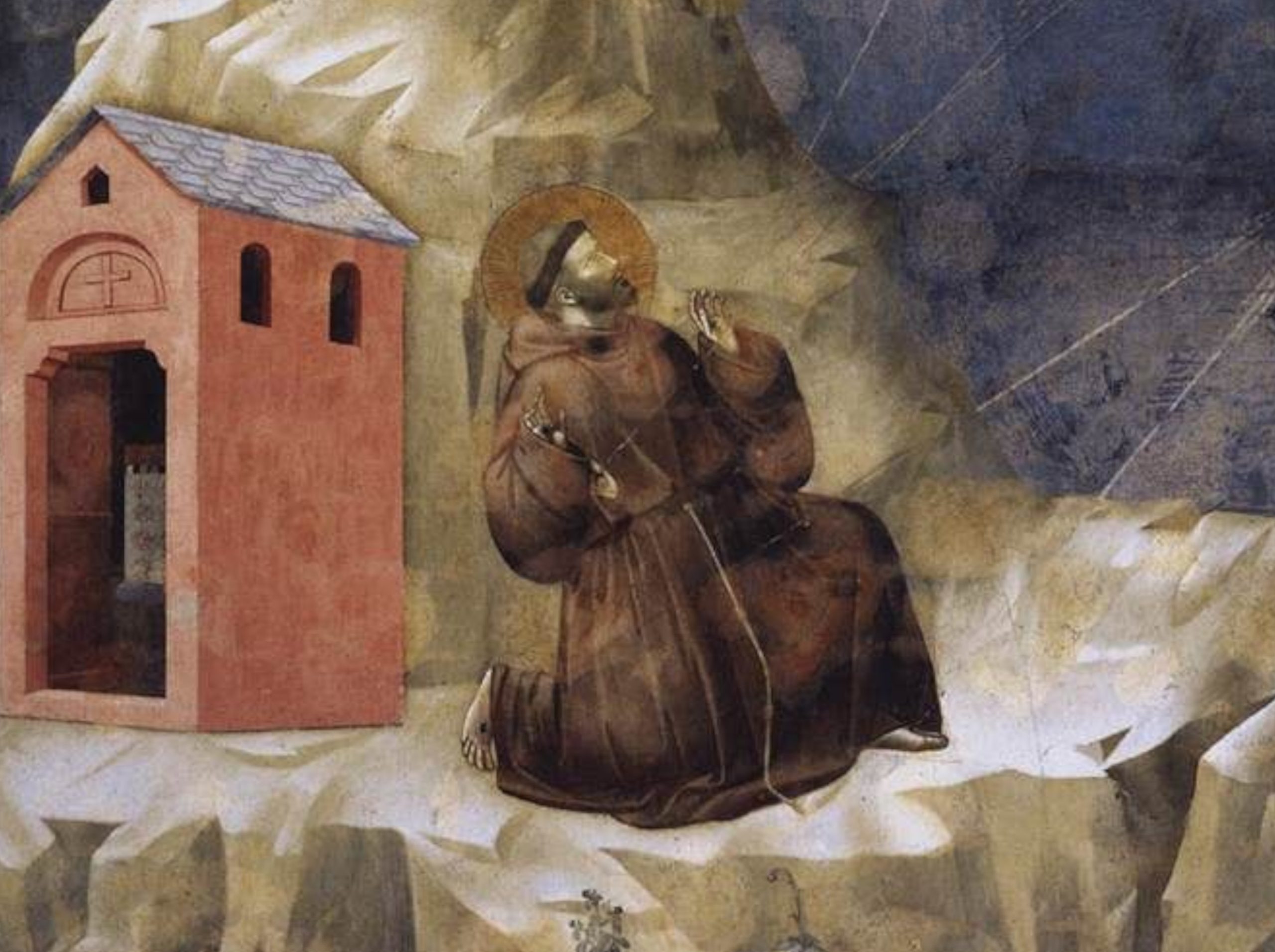 11 Apr Easter in a time of Coronavirus

Posted at 09:19h in Poetry, Prayer and Meditations by Br Jonathan

I don’t mean to say that I’m reveling in it. It’s bad enough that we are cut off from those public structures of worship and devotion that come to us ‘ready-made’. In their familiarity, they provide us with a way of orienting ourselves in a time when we feel ourselves under scrutiny, asked to put our money where our mouth is and show how serious we are about our faith. We can point to our attendance at a weekday liturgy(!) and this-or-that Lenten book group as re-assurance that we’re ‘having a good Lent’ and making the sacrifices we should.

It’s even worse when these public structures are taken from us by events which also fill our lives with so much noise that we (or at least I) fail to make up for the deficit of public worship with private devotion. The one time you had to do it off your own back, pray and read the Gospels on your own, keep Lent without all the usual help along the way, and you just couldn’t do it! What’s wrong with you?

These and other such voices have filled my head this year. In the confusion of the last few weeks, I’ve barely given a thought to Lent. And above all, in the pain of my mother being admitted once again to hospital this week, Holy Week has come upon me unawares…And these same voices filled my head this time last year as well. I was due to preach on the Second Sunday in Lent at the Church of the Transfiguration in Manhattan. It was the night before and I still hadn’t put a word to paper. What’s wrong with you? Why don’t you have anything to say? Well, it was also the week when my aunt – a second mother to me – finally began to succumb to cancer. In the midst of all that, I’d been trying to preach from nowhere, to say the things I thought I ought to say about Lent, Easter, Cross and Resurrection. To have the Lent I thought I ought to have.

That same night before, when those voices had said their piece, a softer voice broke out. I realised that I was, in fact, right where I needed to be. My grief and disorientation, which had put the customary disciplines of Lent beyond me, were very much my desert, the wilderness in which I was to live out those forty days, and from which I was to preach the next morning. In upbraiding myself for not being able to meet the season, to get myself in the ‘right’ place, I hadn’t realised that I’d been there all along.

I suspect the same is going on for many of us this year. And as we wrestle with the fact that neither we, nor the world, nor indeed God, are behaving according to expectations, I think now is a good time to ask whether the disciples, and indeed God in Jesus, had the sense that things were going to plan this same time all those centuries ago. We know that for the disciples on the road to Emmaus, in the days after the Crucifixion, things had emphatically not gone according to plan: Jesus had not been the man, the messiah that they’d wanted him to be.

And what about Jesus’ words from the Cross, ‘My God, my God, why have you forsaken me’? Jesus certainly knew that things were going to end with the Cross. Yet if we take his words seriously, then when the time came, Jesus in his agony felt that his Father, with whom he was ‘one’, had become a stranger to him. Maybe we can say that even he didn’t think that this was what was meant to happen; that this wasn’t where he was supposed to be.

So perhaps Lent, Holy Week and Easter haven’t been taken from us. Perhaps we are right where we should be. Indeed, perhaps we’re having the perfect Lent after all, if we find ourselves lost in the midst of grief and confusion, estranged from ourselves, from one another and from God as we know Him. Because that place sounds a lot like the Cross to me…

Writing all of this, I’m put in mind of one of my favourite paintings: Giotto’s ‘St. Francis of Assisi Receiving the Stigmata’. It depicts the moment when a seraph – or rather, here, Christ in the form of a seraph – appeared to Francis on Mount Alverno. With all this going on, we might not notice Francis’ disciple, sitting in the lower right-hand corner, with his head in a book and missing the whole thing! As a student I find this a particularly apt warning: sometimes we can be so caught up in doing what we think we ought to be doing that we miss what God is up to. Thank God that – this Lent – we haven’t been able to do that!