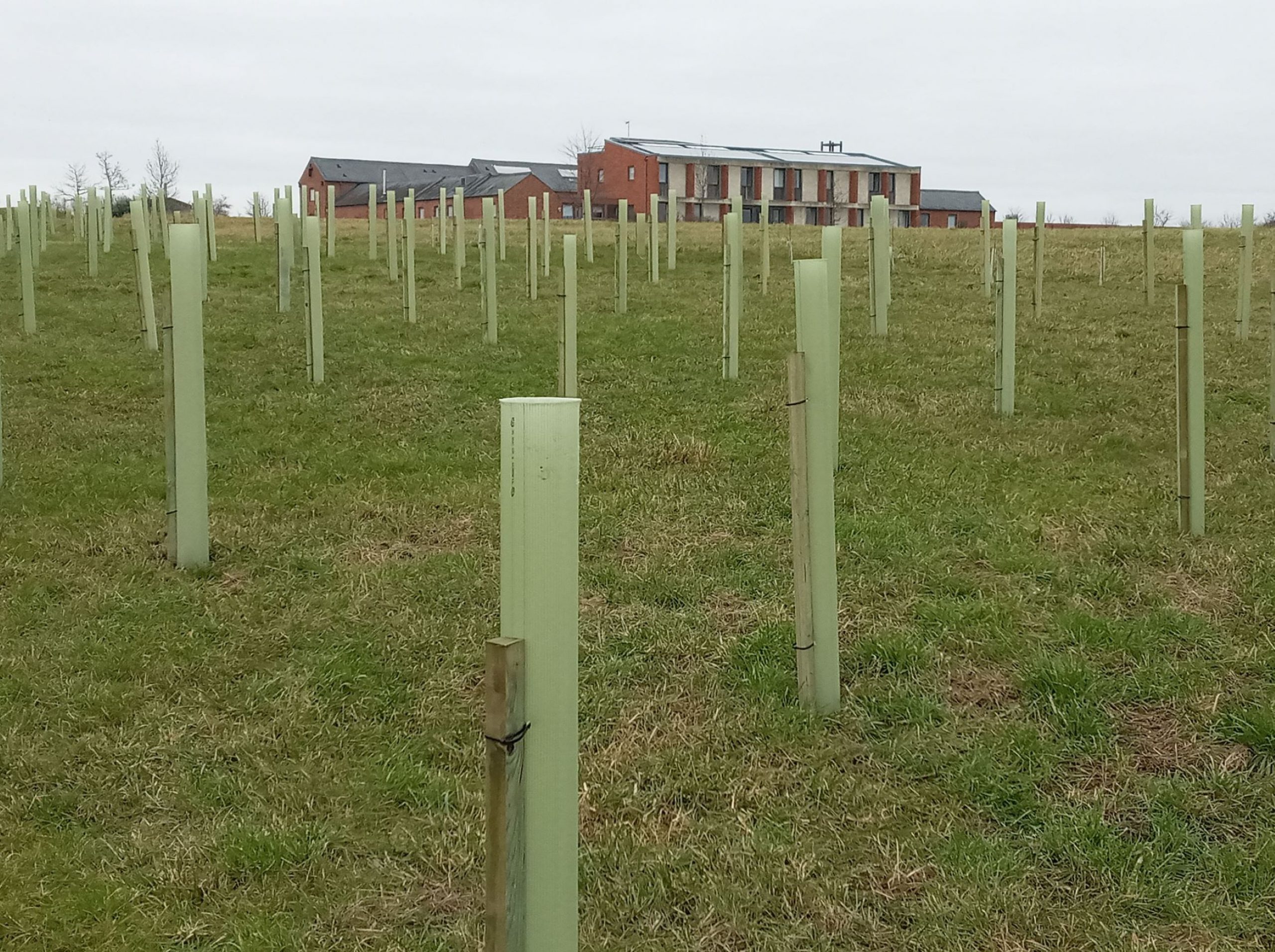 Posted at 11:05h in Garden and Grounds, News by Sr Jessica

The observant among you will have noticed that both this post and the previous one were written by Sr. Jessica, not Br. Jonathan. One of the new responsibilities I (Sr Jessica) have acquired since making my first profession back in December is that of writing these blog posts. Br. Jonathan is still looking after the website as a whole, and will continue to post sermons and a few other bits, but the more ‘newsy’ blog posts are now my job! So, without further ado, here’s what we’ve been up to over the last month or so.

The week immediately after Christmas (the Christmas Octave) is kept as ‘community time’ each year; the guest wing is closed and the timetable is sometimes slightly altered to enable a few more lie ins, and, this year, an all day breakfast/brunch one day. Our Christmas tree and crib scene added a bit of sparkle to the Oratory, along with all the candles that Br. Philip and helpers looked after with such care. One morning I had the great joy of arriving in the Oratory when the candles were all lit, but none of the main lights were on yet, and it was beautiful and inspiring, reflecting the beauty of the light of Christ come into the world.

During the Christmas Octave, we have the opportunity to spend days ‘out’ with family/ friends, and also to invite people ‘in’ for lunch on a couple of days. Many of us enjoyed spending time with a variety of relatives and friends; fortunately it was Community only on the day the table got invaded by some (not so) wise men on their journey:

Several of us also spent time with a 1000 piece jigsaw, containing all sorts of things beginning with the letter A:

As the festivities drew to a close, it was time to address various projects ongoing around the monastery. Most notable has been more tree planting, as the image at the top of this post shows. We were fortunate last year to receive a grant from the Woodland Trust towards the cost of planting 1700 new trees and shrubs in our grounds, on the south side of the monastery. Some of this is aimed at providing more of a windbreak / screen, and the remainder will add to the diversity of plant life on the estate. The mix being planted was impressively diverse, featuring alder, aspen, bird cherry, oak, crab apple, field maple, hornbeam, rowan, silver birch, wild cherry, blackthorn, dog rose, dogwood, elder, hawthorn, hazel and holly. Luckily part of the grant included hiring contractors to come in and do the actual planting, and we were all amazed at the speed with which tree tubes populated themselves; we had anticipated heavy machinery being involved, but no – just a well practiced team and a couple of spades did the job in 4 days!

We have also been entertaining some other visitors here at Mucknell. The kitchen garden team have been greatly amused, and somewhat distracted, by a pair of robins who have taken up residence in and around the kitchen garden, and who are never far away when there’s digging going on:

Another airborne visitor last week was one of Sr. Sally’s sons, who is a pilot. He treated her to a personal fly-by for her birthday, and was even able to take a few aerial photos as he did so – the plane was a 2-seater, so he did have a co-pilot. In the bottom left hand corner of the third photo, you can also see the tree planting in progress.

As well as welcoming visitors here, a few of us (Abbot Thomas, Br. Jonathan, Br. Stuart and myself) had the opportunity to go and visit the Cisterician Bernadine sisters at Brownshill, near Stroud. We have got to know the community there well since moving to Mucknell, and visits back and forth have become a regular part of the Week of Prayer for Christian Unity. This year, we went over on a Wednesday afternoon for a tour round the monastery – Br Jonny was particularly inspired by the size of their archives room – tea and cake, and then Vespers.

That’s all for this month – I’m hoping to update the blog here on roughly a monthly basis, so check back soon!