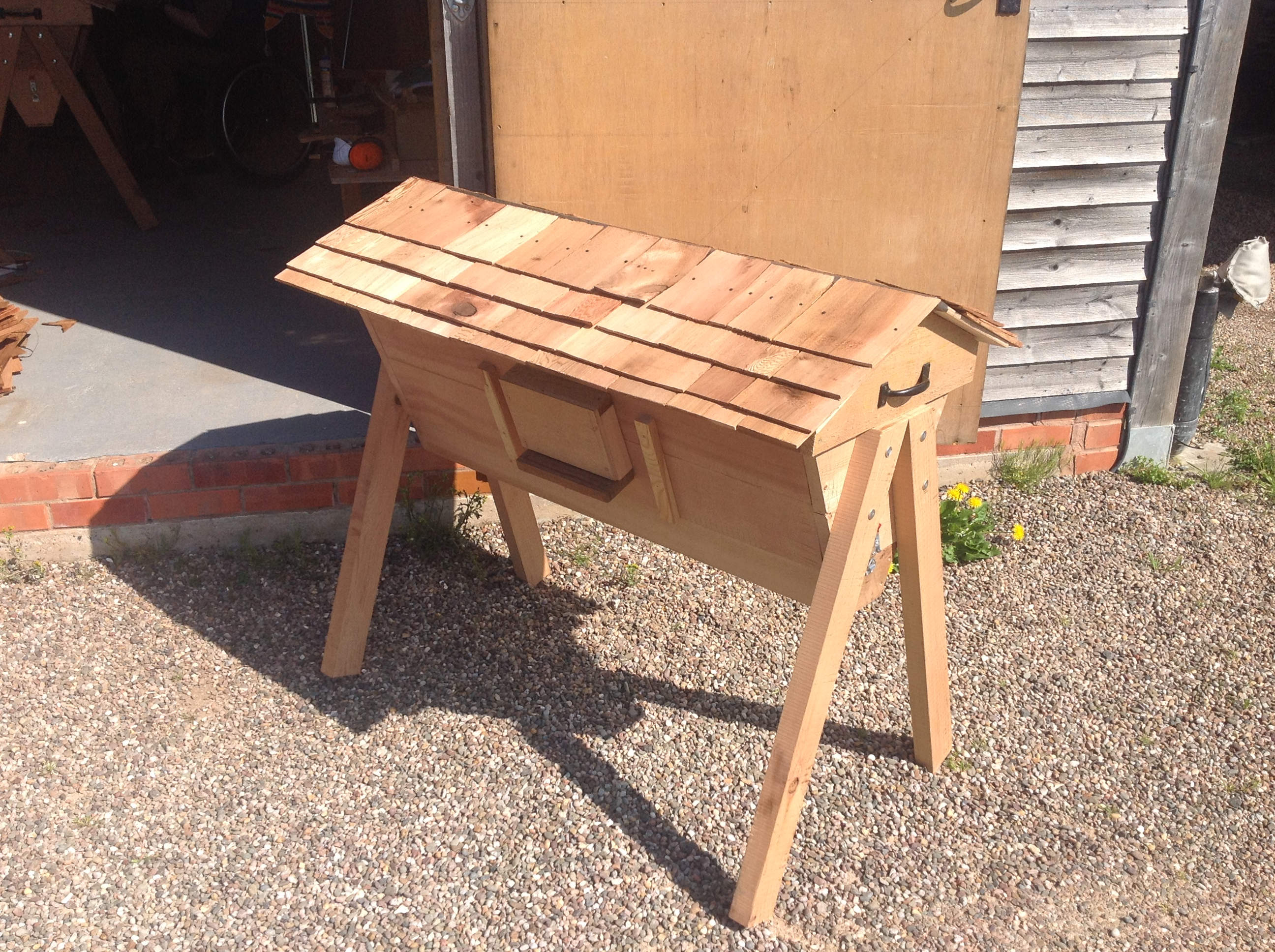 25 Apr The tents-royal of abbesses

Posted at 08:30h in Garden and Grounds by Br Aidan

Here at Mucknell we have recently joined in a long tradition of monastic beekeeping. It has often been said that the hive models something of the ideal monastery. So as well as providing us with honey, it should also be a source of fruitful meditation! 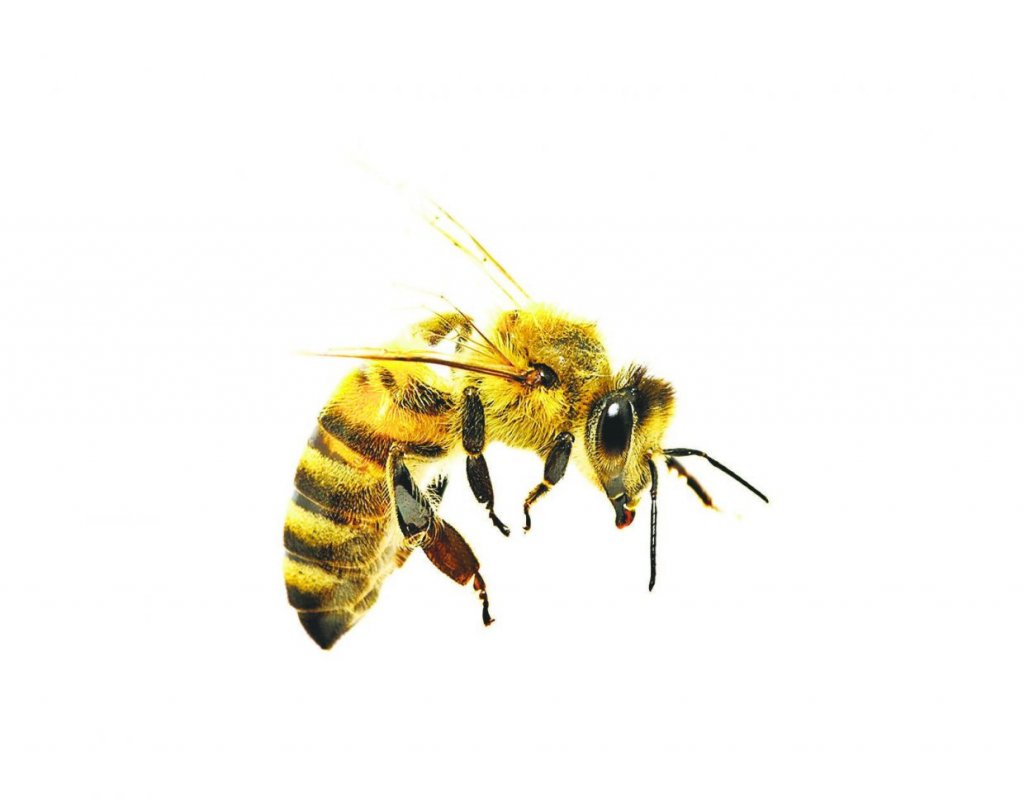 This type of hive is designed to enable us to house the bees in a natural way which mimics the hole in a tree.This enables the bees to use instincts developed over millions of years to look after their colony. 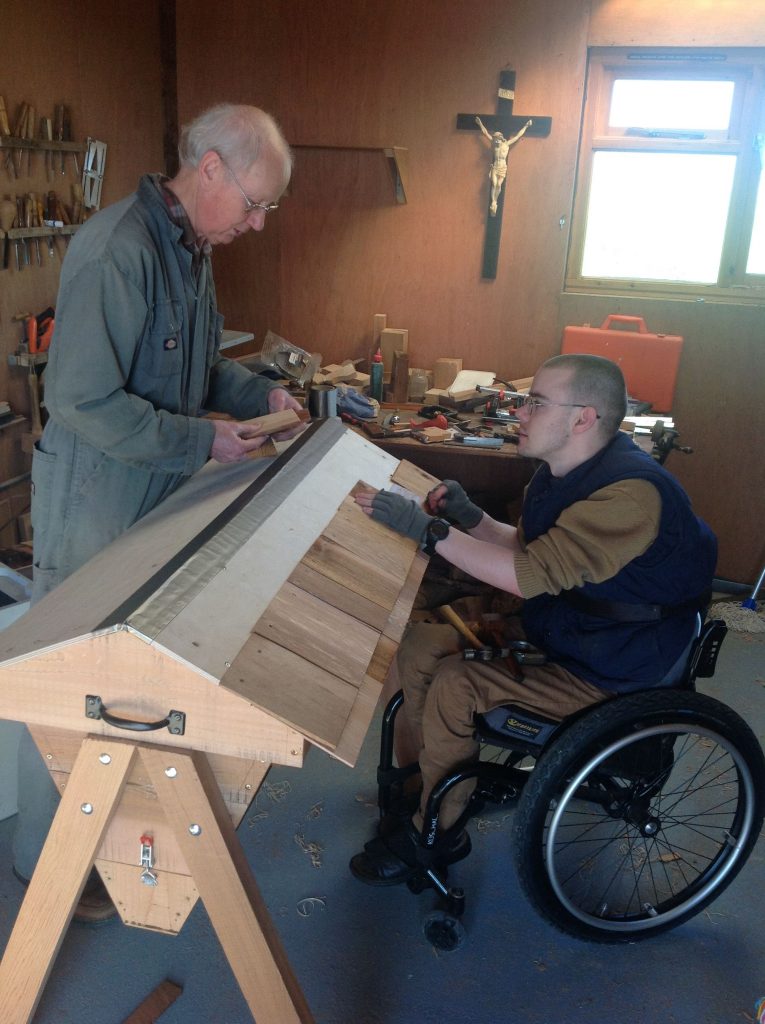 Using top bars means that checking the nest is less invasive and does not require lifting out frames to inspect the combs as in modern types of framed hives. The hives have an eco-floor which is filled with leaf mould, bark and other detritus found in hollow trees. This cotains a useful micro-fauna of various mite eating creatures which prey upon the parasitic Varroa mites which are now resistant to chemical control. 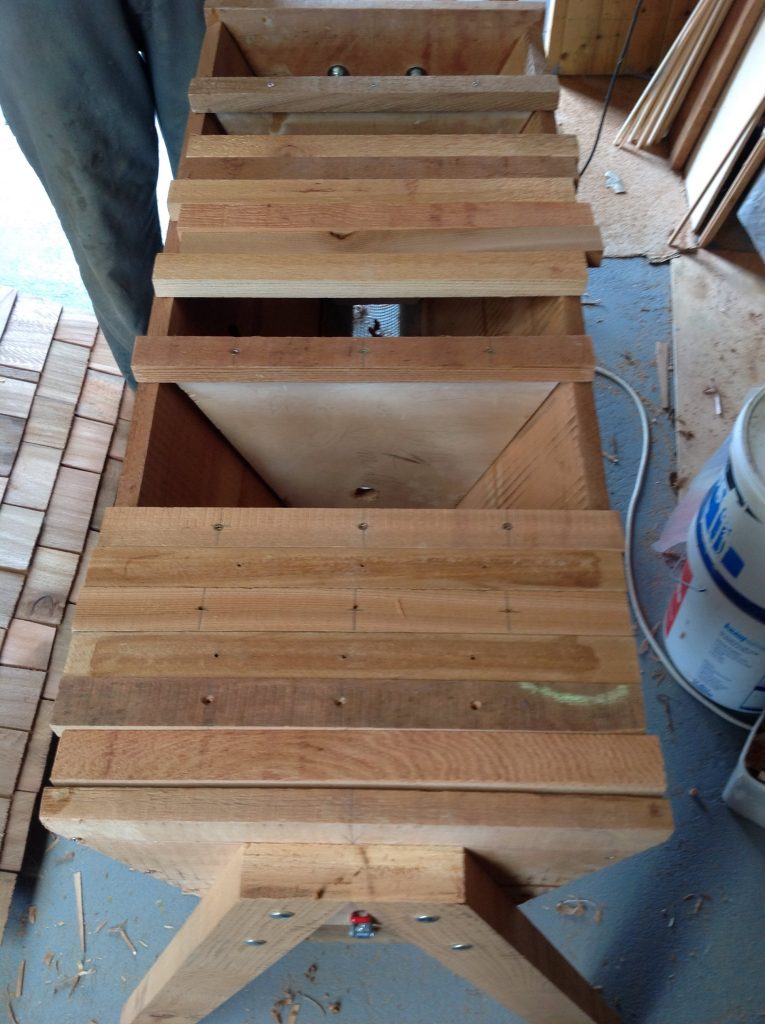 This method of bee keeping is bee-friendly, as well as bee keeper friendly! Honey is taken only when there is plenty in the nest to maintain the colony through the winter, and also if there is a very good nectar flow in the summer. 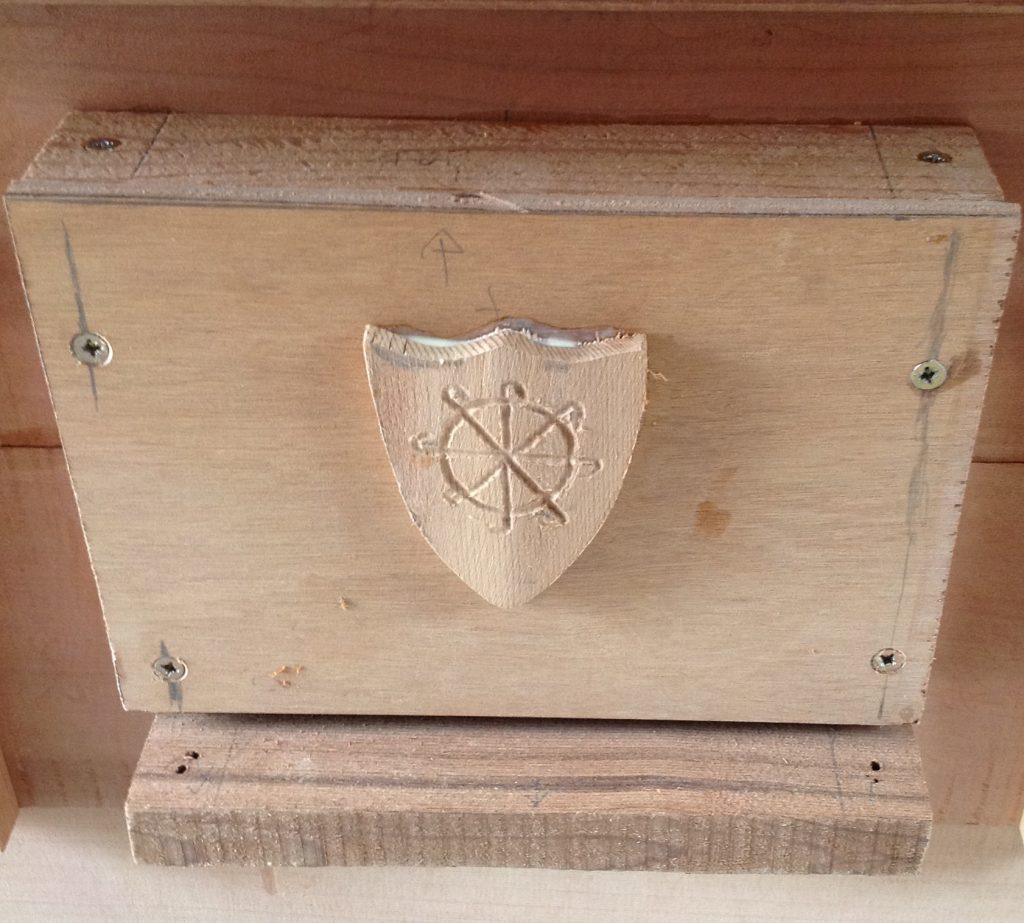 We have named the hives after two Yorkshire monasteries which were near where I grew up. Br Michael has carved little shields for the entrances depicting the arms of Rievaulx and Kirkham