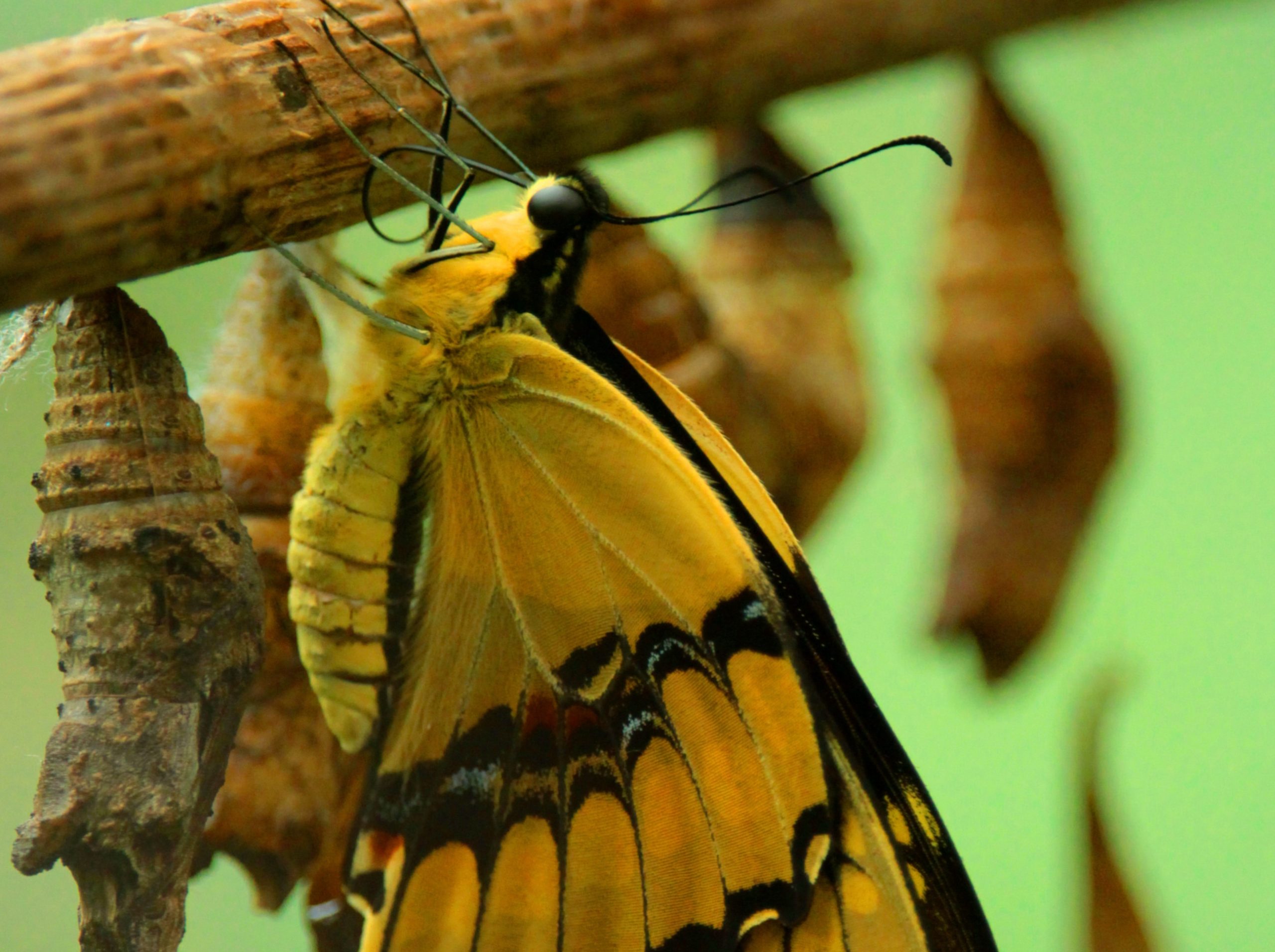 Half way through July I received an email thanking me for my ‘faithfulness’ in maintaining this blog. The more perceptive among you will note that there hasn’t been a blog for the last two months. This note of thanks, and others like it, have finally worked their way through my conscience and been put into action.

It has, in my defence, been a somewhat busy two months. A great deal of time has been taken up with re-opening the guest wing. As well as clearing away fifteen months of dust and cobwebs (okay, we did a bit of cleaning in between…), we began what I hope will be a continuous programme of refurbishment. All the rooms have been fitted with new showers, and thanks to the Friends Association we have replaced a number of items of furniture. We also have plans to decorate later this year, although engaging a painter/decorator turns out to be a job in itself. Our cleaner of many years standing took on another job during lockdown, and we wish her well in her new role. We are now working with Molly Maid, who are getting to grips with our curious setup.

“I told them the bathmats go on the bed”

“But we’ve always done that”

Welcoming guests with Covid-19 restrictions in place has been a curious experience and a steep learning curve for us all. When the government announced the end of legal restrictions on 19 July we decided that we would still ask our guests to wear face masks in public spaces, to sanitise their hands and maintain social distancing. But guests can now serve themselves in the refectory (a shame, really, because those tiny Flora tubs and jam pots are so cute), and have access to tea and coffee in the sitting-room as usual.

One of the first guests to return was our good friend the Rev’d Steve Cooper, who was on the first leg of his journey by foot to Monte Cassino. He writes:

“On and off over the years I’ve been intrigued by the idea of pilgrmage, but none of the various pilgrim routes I’d heard of grabbed my imagination, so I’d done nothing about it. After a Lent group based around the film ‘The Way’ I was encouraged to think about walking ‘The Camino’, but following many years of involvement with the community at Burford and now Mucknell Abbey, my thinking went in the direction of a pilgrimage to Monte Cassino, the home of the Benedictine order.

2000 miles is a mighty long way, somewhat daunting, and I’m too near to retirement to be eligible for a sabbatical allowing me to do it all in one stretch. So the idea of a staged pilgrmage developed. This year from Goosnargh, just north of Preston, to the Abbey. Next year from the Abbey to Canterbury, and after that in stages on the Via Francigena pilgrim route across Europe, diverting at Perugia to Nursia, then taking the path from there that runs to Monte Cassino.

Somewhat nervously as I’ve never done a multi-day walk, I began after Easter with a 3 day trial run to Liverpool which went well. So 9 days ago I took the Mersey Ferry to Birkenhead and have been making my way to the Abbey. A lesson about foot care resulting in a walk-stopping blister paused my pilgrimage after 7 days and 100 miles. Having been rescued by my wife, Rachel, we’re delighted to have been able to come to the Abbey to meet and pray with the community, and to collect an icon which Br Michael has been praying into being for us.

I think that’s all we need to get started again. I don’t want to bore you.

If you ever wondered what we do at Recreation, the time – usually an hour – that follows supper each evening, here is one answer. Sr Sally is usually to be found knitting, and for some reason it always seems to be a sleeve; but recently she has taken to making these wonderful dolls. They’re a real labour of love. The small lady bird alone took 1 1/2 hours to knit. Br Philip is also a keen knitter, churning out a good number of hats as well as the occasional Pride antimacassar. These kinds of craft occupy the hands but keep the ears free to follow the digressive, sometimes surreal conversations that are an important part of building up Community life.

Thursday 6th, Feast of the Transfiguration

“His true Being comes to light and even penetrates his clothing. We should not limit ourselves to Jesus. We have to recognize ourselves, our own true form… Life would be so simple if we could always see what we are; if we could recognize what our neighbors are. If we could see the beams of light that pass through their clothing; if we could not only see their external form, but also experience their true being…”

“There is no way of telling people that they are all walking around shining like the sun. Then it was as if I suddenly saw the secret beauty of their hearts, the depths of their hearts where neither sin nor desire nor self-knowledge can reach, the core of their reality, the person that each one is in God’s eyes.”

– Fr Thomas Merton OCSO, describing his revelation on the corner of Fourth and Walnut in Louisville

Despite it falling on an inauspicious day, an Elective Chapter met this morning and voted to elect me to Solemn Vows. After six years of testing my vocation here at Mucknell I finally felt ready to commit. The last year-and-a-half, which has been full of significant events – for me personally, and for all of us – certainly helped to focus my mind. We now have to try and find a date when Bishop Anne of Aston is free to preside over my Profession, which we think – we’re not 100% sure – will be the first (male) monastic profession to be presided over by a woman bishop, not just in the Church of England but in any church.

A few days ago I was formally installed as Dean of Hospitality. I take over from Br Adrian, who had been holding the fort in the absence of Br Patrick. For those of you who don’t yet know, after a long period of discernment at Mirfield Br Patrick decided to pursue his vocation in the monastic life at the Community of the Resurrection (CR). A bit like football, this is formally called ‘a transfer’. Unlike football, Mirfield didn’t have to part with vast sums of money. During what I’m calling the Great Silence (the two months when there was no blog), a car load of us travelled up to Mirfield in order to witness Patrick’s Profession in Simple Vows (click here for photographs). We miss him, and the library may never look as tidy again, but we wish him every blessing as he settles into life with our brethren in the North.

And today the Community also blessed Br Adrian as he takes on his new responsibility as Clerk to the Friends Association. He takes over from Br Anthony, who has been the Clerk (though nobody knew we called it that) for many years.

Sunday 15th, Feast of the Assumption

I write to you from the middle of our August “Community Weekend”, which as the name suggests is a time for us to spend together as a Community, relaxing a little and working on projects that probably come under the heading of Team Building. On Friday we went for a walk in our local wood. This was planted in 2000 with more-or-less the same mix of trees that we have on our estate, and Abbot Thomas and Br Adrian (the Estate Manager) took notes as they went around. This winter we hope to plant hundreds of new trees with the help of a grant and expertise from the Woodland Trust, partly as a way of mitigating the impact of the proposed new town.

Following the success of their 2018 chart-topping Ecclesiastical Fantastical comes a new, second album from Jonny & The Monkeys.

On Saturday morning it was all hands to the deck as we finally got round to clearing out the undercroft of eleven years worth of accumulated….stuff. Among the many items hauled into the light of day were a croquet set, broken arm-chairs, hole-y carpets, a Harrods clock (c.1890s), numerous boxes of boxes, a set of LPs from the days when Br Stuart was groovy, mellow and digging things, and enough scrap wood to keep Sr Alison busy for months.

Where did the last nine days go?…

To bring you up to speed: on the afternoon of the Assumption we went to the Archdeacon’s house at nearby Whittington as guests of The Venerable Rob and his partner Mike. We were joined by several others, including the Two Richards – Big Richard and Little Richard (see below) – and it was lovely to catch up with people we hadn’t seen since before the pandemic hit. And it was the first time since 2018 that we’d all been out together as a Community. As usual Rob & Mike put on a good spread, and the prosecco was very popular. The afternoon ended with the 2nd Vespers of the Assumption, which we sung in the garden. Abbot Thomas put us into two groups, dividing us between the “patio door and the stone frog”.

On the following Tuesday we welcomed the Rev Br Matthew CSS, a curate in Carmarthen, who is staying with us until the end of this week. Matt spent several months with us during the lockdown last winter.

Then on Thursday we started our “mini-Estate Week”, which for most of those involved meant cutting back unruly foliage. I spent three days burning things, which was a delight as always. We were joined for this by former alongsider Tom Redman, who is now a Captain in the Scots Guards.

This week Br Stuart and Br Michael are both at West Malling abbey. Br Stuart is there in his role as confessor, and Br Michael has once again taken up his icon course with Peter Murphy. He is now a sort of pupil-teacher and has begun to help Peter as an instructor.