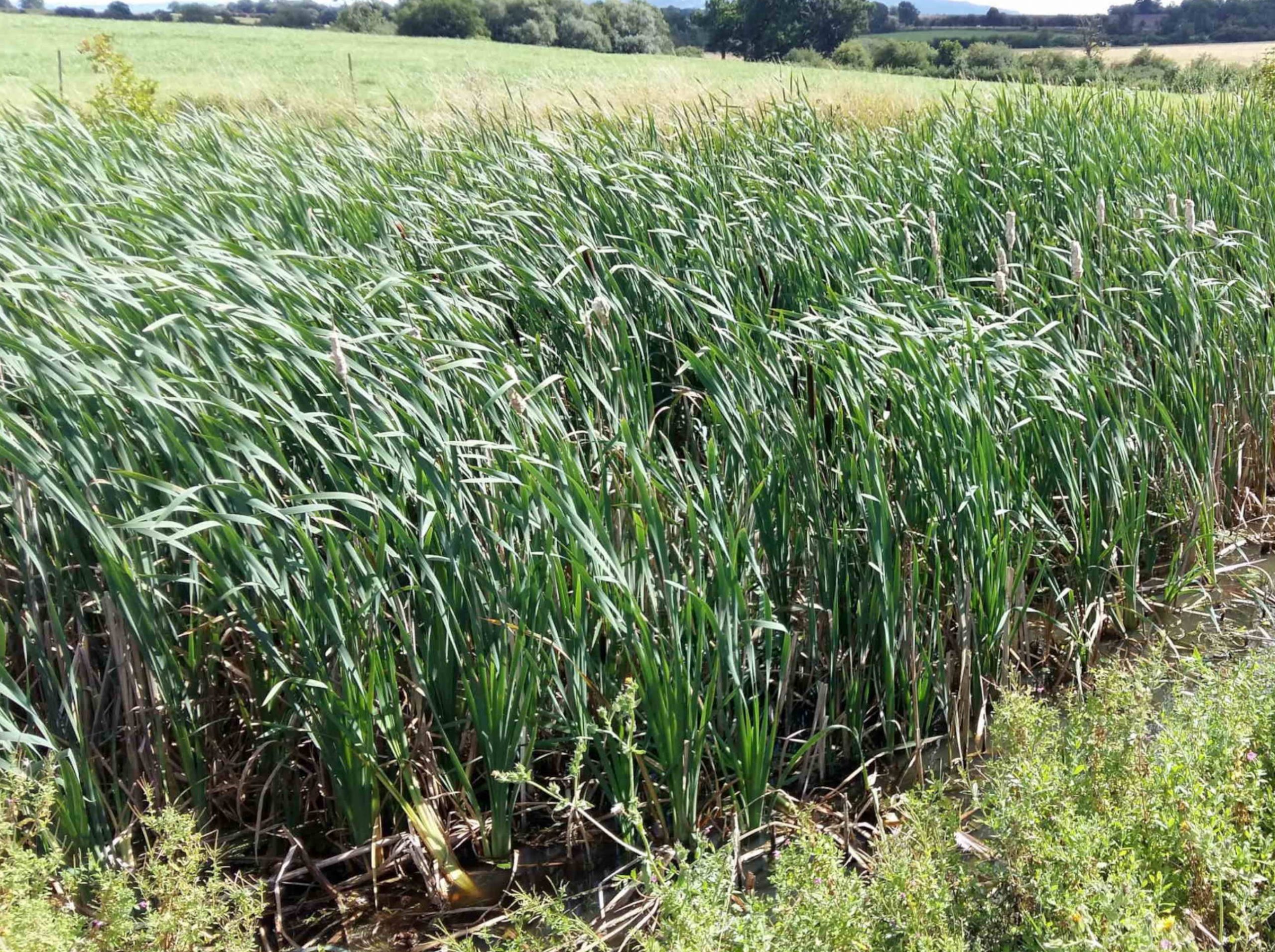 Posted at 11:04h in News, The Community by Br Jonathan

Tuesday, 4th – A few days ago Chapter voted in favour of allowing me to renew my Simple Vows for up to 2 years. This will take place at the Eucharist on Saturday, the feast of St Dominic. At the same time I will be reverting back to my baptismal name of Jonathan (or Jonny in person).

The kitchen garden is producing a cornucopia of fruit and vegetables at the moment. It’s a very good time to be cook. There is a super abundance of tomatoes, courgettes, peppers, cucumbers and plums, and we have just starting eating our first apples. I’m still not sure about cucumelons though, which are a sort of cross between a cucumber and a tiny watermelon. I think it belongs with things that chew the cud but don’t have divided hooves.

Monday, 10th – We recently welcomed our first overnight visitor in several months: Priscilla the pigeon. Mucknell has been a popular stopping off point for homing pidgeons for some years now (I can understand how the same pigeon might stop off at the same place each year – we hosted Percy for two or three years running – but how do different pigeons know to stop in the same place?) Anyway, Priscilla entertained us for a full hour at tea time yesterday as we tried to feed it various things. Unfortunately it wasn’t interested in flapjacks or meal worms – the usual tea-time fare.

Now and again friends of the Community send us poems they have written, often inspired by a time spent on retreat. This poem was written by Rev James Dwyer, curate of St Andrew’s, Oxford. You can listen to his sermons here and follow him on Twitter at https://twitter.com/jamesrdwyer

The bell pulls
us away from ourselves
toward God.
As it tolls its gentle summons
echoes of hope fill
the air.

Inside God’s workshop
we gather and wait
before our own cracked lips
take up the rhythm offered to us
by the bell itself.

We prepare to offer
our own peels of hope,
the weight of the bell
still heavy in the air.

O Lord, open our lips,
the bell invites,
and our mouths small proclaim
your praise,
we reply.

“DID YOU KNOW….that every Sunday the Church of England streams a Sunday Service on its website? The services come from ‘all across the Church of England’ – from Archbishop Justin at his kitchen table to Archbishop Stephen at the High Altar of York Minster, from three prisons to the Shrine of Our Lady at Walsingham, from a group of ordinands preparing for ministry to a group of rural parishes, the ‘Windrush Generation’ to the Anglican Chaplaincy is Brussels and many more between. On Sunday 16 August it comes from Mucknell Abbey.

It will be a ‘Service of the Word’ led by Br Stuart. Abbot Thomas will read the Gospel, Sr Jessica will give a personal reflection, Br Adrian will preach and Sr Gregory will sing a piece by Hildegard of Bingen and the recorded singing of the congregational hymns will be led by whom we do not yet know!

…and the miracle – according to technology’s dinosaur Br Stuart – is that the Mucknell parts of the service were all recorded on Sr Gregory’s phone!”

Saturday 15th – For those of you who are interested, here is a preview of the National Service which is being led by Mucknell tomorrow (see above). We think this is also the link to access the service when it goes live at 9am tomorrow: https://www.churchofengland.org/more/media-centre/join-us-church-online/weekly-online-services/wisdom-psalms

Sunday 16th – This weekend we have been enjoying some “Community Days” together. These are what the name suggests: time set aside to spend together as a Community. This may seem a redundant arrangement to those outside, especially at the moment, but it is surprising given the nature of our life how little time – apart from prayer and meal times – we do spend together as a Community. On Thursday there was a Community meeting to discuss current revisions to our customary – the document that provides a guide to the customs of the community, such as what constitutes appropriate footwear, what the launderer’s duties are, and when to bow. On Friday Br Ian, Sr Gregory and myself went on a long walk across the Malverns. It was misty and mysterious – the epitome of England, Sr Gregory would say – but the rain mostly held off. I was very pleased to be able to drive us there under the careful and ever-equable instruction of Br Ian; a New Thing and Very Exciting for All. On Saturday we celebrated the Solemnity of the Assumption. There was a DVD in the afternoon and in the evening Sr Jessica prepared a delicious indoor BBQ – the rain did not hold off.

Friday 21st – This week has been Estate Week. In addition to lighting bonfires, trimming hedges, uprooting thistles and removing weeds from tree cages, our main focus has been on clearing the many bull rushes from Swale No.2. This involves two Community members to be in the swale (equipped with very fetching waders) pulling them up by their roots, while another two drag the rather heavy, slimy mess away on a sledge. “The worst thing is the smell” said Br Ian yesterday, as I watched him suppportively from the bank. The swales are not only mostly stagnant water, they’re also the end destination of our waste, providing as they do a natural filtration system. We’re told that the water in Swale No. 3 is safe to drink. No one, to my knowledge, has volunteered to put that claim to the test. And I doubt whether anyone who has been up to their thighs in Swale No. 2 ever will.

Wednesday 26th – At morning Conference the other day Abbot Thomas broke the news to us that Worcestershire County Council, together with Wychavon District Council, have decided that the central plank of the South Worcestershire Development Plan over the next twenty years will be the creation of a new town centred on Worcestershire Parkway. The first phase of this, which is being pushed forward as quickly as possible, will see the construction of 5,000 new homes, with the intention of building another 5,000 before 2041. In his update to residents living in Stoulton, the chairman of the Parish Council writes that: ‘All plans and proposals are very much work in progress, however the current proposals are for a Garden Town with associated residential areas, industry, offices and affordable housing. Ultimately at 10,000 homes this will become a town of a similar size to Evesham’.

A map that was produced some time ago places us right in the middle of this new town. Most of us, in truth, are quite sanguine about the prospect. If we have to live in a town, then so be it. It may mean that our ministry develops in unforeseen but not unfruitful ways. What remains depressing, at least for me, is the inexorable destruction of the British countryside. But then who needs the countryside when you can have your beef grown in a lab and go and see hedgehogs at the zoo?

If you’re interested in knowing more about your family history but don’t have the time or the know-how I am offering to carry out research. I’ve been an amateur genealogist for over twenty years, and recently branched out into the use of DNA testing, which has enabled me to identify my biological grandfather. I also have two degrees in History, and since arriving at Mucknell have been piecing together the life histories of our former Sisters.

As any family history project is potentially unending, I can work either to a particular objective or by the hour. Any payment is voluntary and by donation, although I will have to pass on the cost of ordering any necessary documents. And if for whatever reason I can’t help you I will at least be able to point you in the right direction.