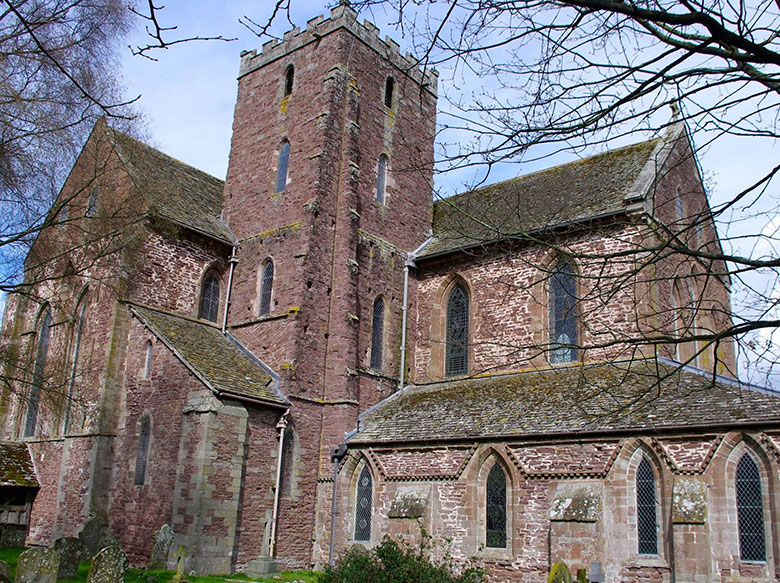 Posted at 10:24h in News, The Community by Br Jonathan

Wednesday 8th, Feast of St Dominic – A week’s retreat and a stint as lunch cook hasn’t left much time for the blog-gest I’m afraid. Sorry to the 79 people who have been greeted by a blank page for the last week.

While I was away I heard that Sr Sally had received a parcel from a former Ambassador to Yemen. When he left his post in the late 1980s he was given a box of Arabian frankincense as a farewell present. He has spent the last thirty-odd years wondering what to do with it. But after hearing Sr Sally on BBC Radio 4 talk about the possibility of a global shortage (see July), the answer presented itself.

Preparations for Christmas have officially begun! I spent the morning at the feet of our resident Mrs Patmore (Sr Sally) to learn how to make Christmas pudding. The recipe dates from the war, and includes reconstituted dried egg and grated carrots. My first lesson was not promising. All I had to do was measure and mix the ingredients, and I thought I did it scrupulously. And I did, sort of. But somehow I got pounds and ounces mixed-up.

Sunday 11th, Trinity 8 – Br Stuart went to St Mary’s, Abergavenny to preach at the admission service for three members of the Holywell Community. You can read his sermon here. The Community are also guest hosting the Anglican Religious Life Twitter account this week (click here for those of you who are not familiar with it). It will be our turn in the last week of September. The whole thing is being masterminded by dear Br Finnian SSF, who has also started a blog for vocation stories. I promised mine for next month, when I have to give a talk at the upcoming Anglican Religious Communities Conference being held at High Legh in Hertfordshire. But as someone who gets nervous reading the intercessions – in front of the same eleven people for the last four years – I’m not sure how that event will go. I have flashbacks of running off stage aged 4 in the middle of some nursery school production in which I starred as a frog. I got out of a subsequent role as a shepherd of Israel by explaining to my teacher that, as we were now living in a hotel, I had no access to a tea-towel.

Monday 12th – Something for the twitchers among you, courtesy of Br Anthony: ”This year spring was late and now it seems that autumn is coming early. Apart from the local flocks of resident thrushes there is little bird song now in the early morning and most of the skylarks have gone silent. The buzzards and kites have been around where farm machinery has been working. The resident species have all bred successfully with many bring off two broods. The Greater Spotted woodpeckers have even brought their youngsters to see where the winter feeding station is. The Green woodpeckers have made the most of the ant heaps in the tree plantings. Not all our usual summer migrants arrived this year. The Whitethroats and Lesser whitethroats had several territories and produced double broods. Alas we had no Lapwings, no Reed warblers or Sedge warblers this year. Only one Wheatear was seen on passage and a single Whinchat spent a day on the swales. The local barn Owl is nesting somewhere nearby and is seen hunting for voles in our field. The works on the railway line seem to have discouraged the local pair of Hobbys from nesting in the neighbour’s field but were seen once chasing dragonflies overhead. A Little Egret stopped by on the swales one morning. It was probably one of the 4 birds which have spent all summer locally at Clifton Pits. It has been a good year for butterflies and other insects in general. All the usual species have been recorded’.

Wednesday 19th – Sometimes we ask our guests to talk to us about the work they’re involved in, to find out more about different areas of ministry and to inform our prayers. This afternoon Godfrey and Dot Stone shared their experiences as members of the Friends of the Church in China, an ecunmenical group that seeks to build relationships between churches, theological colleges and other Christian organisations in Britain and China. For me one of their most interesting observations was that church-state relations in the People’s Republic varies considerably between provinces.

Friday 21st – Today, in celebration of yesterday’s Feast of the Assumption, we began a a sort of half-Octave (a Quarto maybe?) – four days when the Guest Wing is closed and we spend more time together as a Community. In the evening we watched the first episode of the BBC’s Sacred Wonders. It was very entertaining, but as a testimony to faith I think I prefered A Summer in the Forest, which we watched on Thursday afternoon. Like its subject – Jean Vanier and the L’Arche community at Trosly-Breuil – this was much more gentle and slow-moving, and didn’t need to rely on superlatives or ‘sub-Hollywood mush’ (Church Times) to keep you interested. Unlike some of the people who featured in Sacred Wonders, whose faith seemed to rest heavily on inanimate objects (which sometimes rested heavily on them!), Vanier’s whole life has been spent in honouring the human person, recalling us back to the brokenness and weakness we so often want to cover-up or disown.

Saturday, 22nd – It is not often we all go out together as a Community, but this morning a convoy of cars set out for Herefordshire’s Golden Valley. Our first stop was Kilpeck Church, a Romanesque church known for its fine carvings . Some of these (see below) look very contemporary. We also inspected the nearby castle, very little of which remains. The next stop was Dore Abbey, a parish church and former Cistercian abbey, where we had our picnic and sang the Office of None. Our final destination was St Martin’s, Cwmyoy, across the Welsh border. It advertises itself as the crookest church in Britain, and it was pretty wonky. It’s a wonder how anyone worships in it without become nauseous.

By the time we arrived we were already feeling pretty queasy ourselves. The journey from Dore had been led by Br Philip, who was driving at the front in the Ford estate and being guided – fatefully – by the Sat Nav. All was going well until at one point we turned down the drive of a small country house, and carried on up an increasingly narrow and steep road until we arrived in someone’s farmyard. He must have taken a wrong turning, we thought. The only way forward did not look promising at all. In fact we could hardly see it. But the Sat Nav was obviously insistent and Br Philip, who was to the barn born, remained undaunted. So we continued on.

When the road surface gave way to mud, and the lane narrowed to a footpath rich in contours, bound on both sides by thick woodland, some concerns were raised – temperately, of course – as to wisdom of our actions. We had no idea how long this path went on for, or whether to our horror it would issue in a dead-end. It looked at one point as if all three cars would end up in a watery ditch, wheels spinning in vain. What would we say to the people at the RAC?

But after about half a mile or so – and to our considerable relief – we rejoined a road. There to greet us, huddled under a sign that read ‘Unsuitable for motor vehicles’, was a young family who had fled at the unexpected sound of traffic crashing through the foliage. Their faces registered a combination of incredulity and contempt, which I think was an appropriate response. We were what our twig-clogged chassis proclaimed us to be: English tourists who kept their common sense in the glove compartment. I was tempted to ask them where the nearest Starbucks was, but I was told it was no time for flippant humour. “Besides”, said Br Ian, ” I need something stronger than coffee”.

In the evening we had our annual BBQ. Sr Jessica was at the grillface and discovered that a blow torch is much more effective than kindling. We had to make sure everything was weighted down, and it was a little on the chilly side, but otherwise it was a success. So ended a happy day, as the old community logbooks used to say.

Sunday 18th – We had tea at the Archdeacon’s house, and this year we were joined by some of the Franciscan brothers from Glasshampton. Thanks once again to Mike and the Venerable Rob for their hospitality.

Monday 19th – At a meeting of the Elective Chapter novice Br Adrian was elected to Simple Vows, and Br Patrick was granted a years’ extension to his time in Simple Vows. We’re also looking forward to the arrival next month of our new Alongsider, Lydia. Lydia is a US citizen, and becoming an alongsider with us was only made possible after we received our visa sponsorship rights, which we successfully applied for this summer.

In the afternoon, as our “Quartave” drew to a close, we were all put through a mock British Citizenship Test organised by Br Michaël, who will be sitting it for real sometime soon as he makes his bid for British citizenship. Rather embarrasingly only one of us passed. The knowledge being tested was surprisingly recondite. For example, how many of you know who designed Harewood House in Leeds? Or how many people sit on a Scottish jury, or what the population of Britain was in 1901?

Monday 26th – This morning Sr Alison set off for Noddfa Retreat Centre in North Wales, where she will be one of three Anglicans attending the five-day Contemplative Formators’ Meeting – contemplative formators being those within contemplative communities responsible for formation (i.e Novice Guardians).