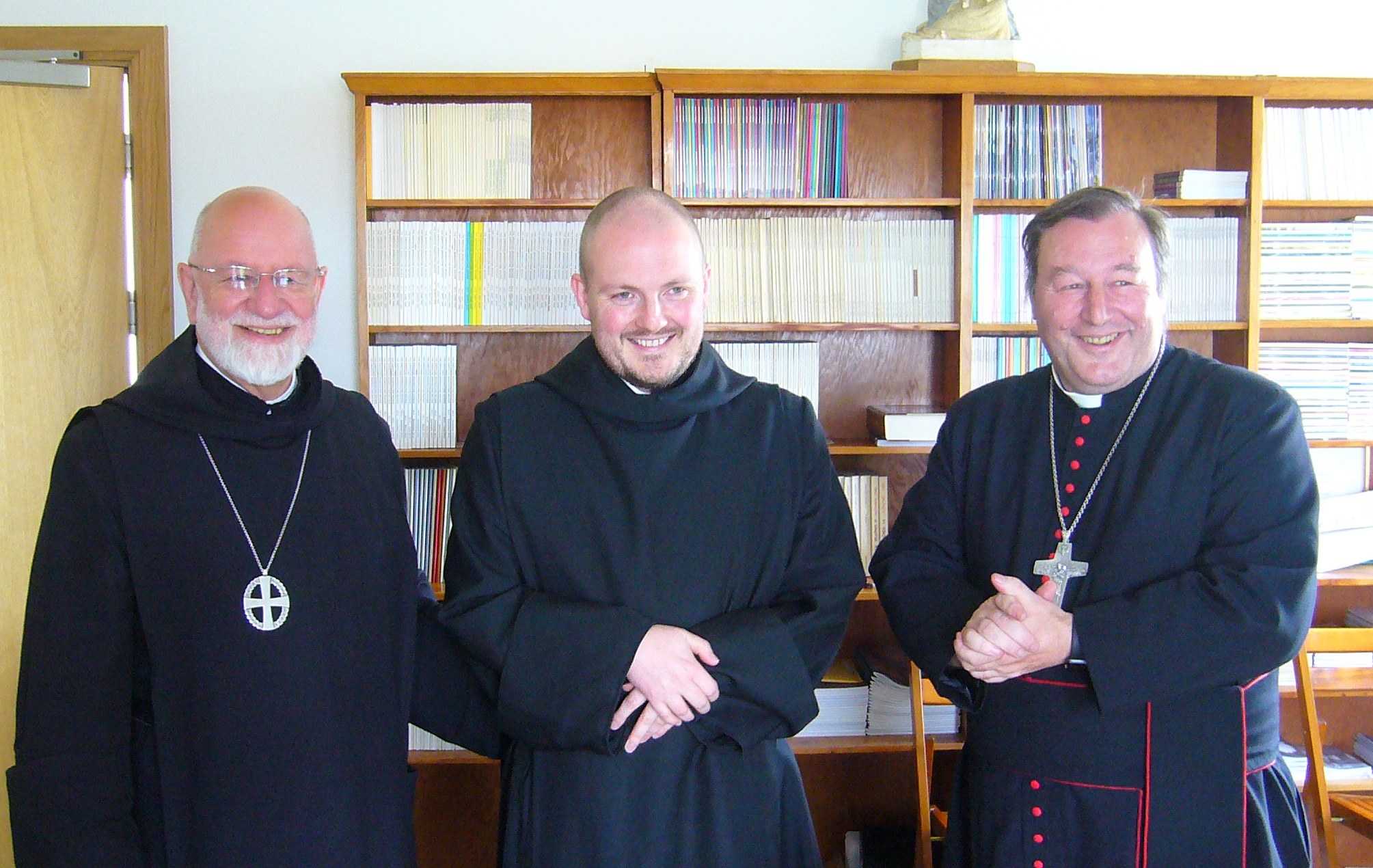 Posted at 10:46h in Vocation by Br Jonathan

This piece was originally appeared in the Harpenden parish magazine, Link.

Adrian has recently taken his next step on the road to becoming a Benedictine monk at Mucknell Abbey, Worcestershire. Clothed in the traditional black Habit, he has begun a time of exploring the meaning of the vows of 1) Obedience 2) Stability 3) Conversion of life for a period of between two and four years. It is a step of apprenticeship to prepare Adrian in understanding the commitment required for these vows so that in the future he may be able to commit to these and to life in the community for the rest of his life.

This is what Adrian has to say:

I would like to reflect on the Monastic Life as I embark on the next stage of my personal journey of faith towards understanding, accepting and fully embracing the Divine Mercy of God.

First I wish to take a step back to the origins of Christian Monasticism, to that of the Desert Fathers in Egypt. These were people who had left their more secular surroundings, having lived comfortable lives prior to becoming hermits. They then chose to live by themselves in simplicity, to get away from the temptations and distractions of the world and to go into personal combat with the Devil.

This was not an escape into an idealistic Utopia of relaxation, enjoying their own company to the detriment of social interaction and supporting the needs of those around them. Instead it came from a desire to embark on a voyage of discovery truly to understand all their own frailties, and from owning these and combating them daily, to growing into a full embrace of their utter dependence on God and his mercy, thus becoming a complete person in God. Far from ignoring people, they attempted to embody that pure relationship of love in which the other was always first and they could therefore give themselves completely to the needs of others and embrace the True and Living God who is innately social in character. One cannot fully appreciate who one is in God unless one fully embraces the rest of humanity in love. This was the pinnacle of the journey for those early hermits in Egypt and then for those monks who first started to live together in the Monasteries founded by St. Pachomius.

This is true for the Benedictine monks of today. By living in community, we engage in that ever more intense boiling pot of social engagement, personal reflection and prayer. In doing so, we come into closer focus with our true selves and together take up that eternal combat against the vices and distractions that separate us from God. It is an invitation to have that close relationship with God that leads us into the crucible of joyous white heat that is to be truly as we are meant to be in God.

“Listen!” This is the first word of the Rule of St. Benedict. It embodies a key element of what being Christian is about and what the monastic life help us grow into. The rhythm of the day in prayer, constant working together and contact with each other form the background of our life. We all need to listen continuously to each other and to God with that ear of love. This is not something for us to do just at the time of services in the Monastic chapel or in church, but to listen and be alert at every moment of the day to God’s presence with us and his forgiveness, which is the DNA and fingerprint of the triune God in all creation. In struggles he’s there to give us perseverance; in good times he gives that insatiable joy that when in prayer we come to tears at the sheer redemptive power of God; in times of weakness, when we come face to face with temptation, God is there with his Divine Mercy and gives us the strength to battle on and grow in faith, so that we come fully to know our utter dependence on him. Listening is what leads us into love of all and it is at the core of the vow of “Obedience”. It is the call to deny our own selfish desires because we care much more for the needs of our Brothers and Sisters. “Conversion of Life” is currently for me a promise and intent that I remain open to listening and to receiving God’s grace. So if weaknesses in my character are pointed out, this is taken in love and is an opportunity to grow in love and turn to God so I become more fully human. “Stability” then enables the foundation of a loving community of Brothers and Sisters around us, that know us, so that we can support each other and live out the Commandment to love one another as Christ loves us. It also embodies that social essence of God mentioned earlier – we need each other in order to grow.

It is an absolute privilege and very humbling to be part of that joint journey here at Mucknell. Being invited to be a Novice and to explore further the love of God and the significance of the vows I may be taking in the future is exciting. I’m filled with joy and anticipation as I continue to try to listen and to allow God to reveal himself in unexpected ways to myself and in the work of the community in this next chapter of my life.